New Delhi: Expect Urfi Javed to shock you with her bizarre and out-of-box outfits. She walks on the Mumbai roads with full confidence and pulls off any DIY dress you can’t even imagine. The starlet has got what it takes to make headlines and that too with oodles of swag.

Today, Urfi was clicked in Mumbai wearing a black see-through risque low-waist skirt dress and needless to say that she got massively trolled. The haters dropped comments like: Looking cheap to the highest level. Another one wrote: She is going back to the stone age 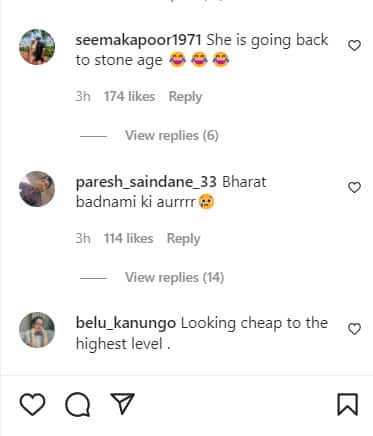 She is famous on social media for her DIY videos. From making a top from stockings to donning a dress made from trash – Urfi has done it all in her posts online.

Recently, during his appearance on ‘Koffee With Karan 7’, Ranveer Singh was all praises for Urfi and her style, calling her ‘a fashion icon’.